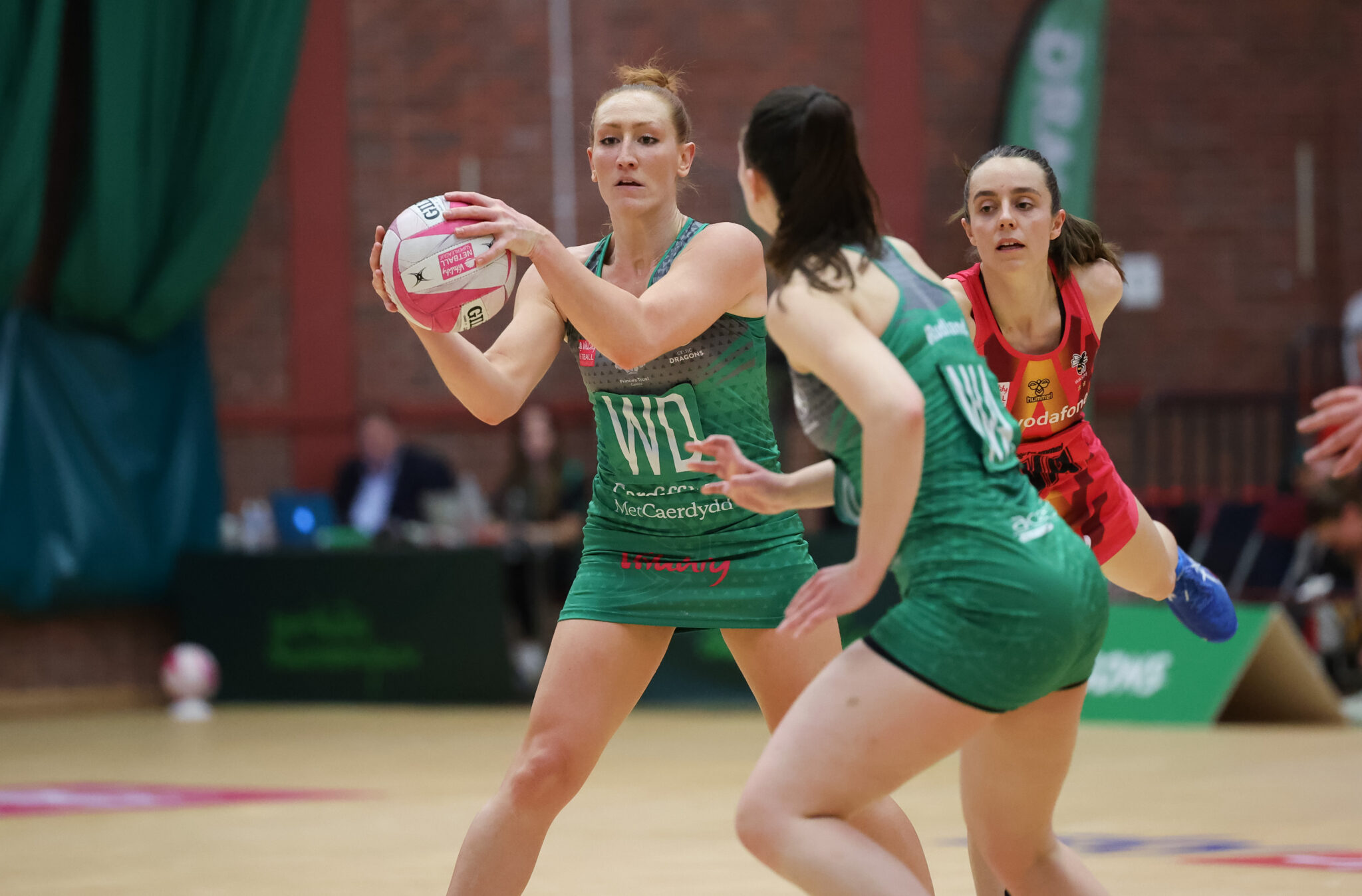 With the 2023 season officially starting on Saturday 11th February and pre-season training well underway, we are excited to announce our Celtic Dragon 2023 Leadership Group!

Following a strong year as Co-Vice Captain last year, Clare Jones will be leading our 2023 Celtic Dragons squad as Captain. Laura Rudland and Annabel Roddy will be by her side as Co-Vice Captains, and Shaquanda Greene-Noel completes the Leadership Group as Leader.

Clare has been a member of Celtic Dragons since 2014, and part of the Leadership Group for the last three seasons. Clare has demonstrated both on and off the court that she is fierce, determined, and passionate, characteristics which will play a key component for Dragons this season.

Newly announced Captain Clare Jones commented, “I am delighted to accept the position of captain for the 22/23 season. It is a hugely humbling feeling to have been voted in by my teammates and management. I hope to live up to their expectations and lead by example to contribute to the positive trajectory we found ourselves on last season.

I have had the privilege of learning from fellow and previous teammates when in a leadership position, whom I hugely respect. I am hoping to put those lessons to good use as well integrate my own personal character and style of leadership into the role.

I am so excited to be working with the leadership group selected this year, the group offers a wealth of experience, youth, creativity, and support, all of which will be key to driving the standards we want for the team this year.”

Trinidad & Tobago’s Captain Shaquanda Greene-Noel newly joins Co-Vice Captains Laura Rudland and Annabel Roddy to complete this year’s leadership group. With all three having invaluable experience in previous leadership roles, Celtic Dragons have a strong team at the helm to take them into their first match of the 2023 Netball Super League season against Manchester Thunder.

About this season’s leadership team, Head Coach Dannii Titmuss-Morris said, “Clare has been a Dragon for seven seasons, transitioning from Training Associate in 2014 to Captain for our 2023 campaign. She is the embodiment of hard work and resilience, and the natural choice to lead the team. She is supported by Co-Vice Captains, Laura and Annabel, and by Leader, Quanda. All three athletes have had opportunities of leading on a domestic or international stage with a wide breadth of experiences between them. I look forward to working closely with the Leadership Group as we embark on the 2023 season.”

You can see Dannii and the Celtic Dragons team in action for the first time on 28th of January. Dragons will face Severn Stars as they play in their first ever home game at House of Sport. You can buy your tickets here.