Celtic Dragons has been pleased to be in partnership with the University of South Wales over the last year and is currently looking forward to another year together as preparations will soon turn to the 2019 Vitality Netball Superleague.

An important aspect of the partnership between Celtic Dragons and the University of South Wales is performance support and a critical part of this is performance analysis. Michelle Woodward, who is studying for an MSc at USW has worked with Celtic Dragons as their Lead Performance Analyst for the last two seasons. Here, Michelle tells us a bit about her role with the Dragons.

“I am currently the Lead Analyst with the Celtic Dragons and have been working with them for the past two seasons. My role as the Lead Analyst is to film the game and provide statistical data both during and post-match. The aim of my role is to provide data which can help inform the coaches decision making and become a part of the coaching process.”

Michelle’s role with the squad is critical as both management and players seek to analyse their performances out on the court. They use the data, videos and insight Michelle provides to make tactical changes and feed back into the coaching cycle to improve future performance.

Away from the role itself, Michelle has found her work with the Dragons to be very fulfilling as she embarks on her career in performance analysis.

“The experience has been fantastic at the start of my career as an analyst. At first-hand I have been able to experience what is required to be working in the elite sporting environment – both commitment along with working well under pressure. The role has allowed me to apply various skills that I have learnt at the University of South Wales in both games and training.”

Michelle has been able to combine her work with Celtic Dragons alongside her postgraduate studies at the university. She has also begun to mentor another budding undergraduate analyst from USW, Emily Attwood.

“The role can sometimes clash with my Masters. However, I am fortunate enough to have recruited an undergraduate student, Emily, as my assistant analyst. She has been a superb asset to the team this year. I have been able to see her develop both personally and professionally into a young enthusiastic analyst. Emily’s confidence has grown substantially to a point where I have been able to ask her to go to games on her own if I have been unable to get the time off work. As a result of this, Emily has recently travelled to Scotland on her own with the team, providing both live and post-match statistics.”

The work that both Michelle and Emily have done with Celtic Dragons has proven invaluable to both coaches and players. It demonstrates the excellent opportunities provided by the partnership between Celtic Dragons and the University of South Wales and Celtic Dragons looks forward to resuming this work together from pre-season and beyond. 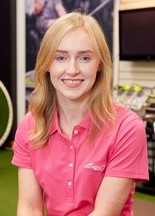