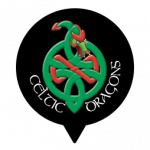 Celtic Dragons are pleased to announce the appointment of Catherine Marin as Commercial and Operations Manager. Catherine will be joining the franchise from January 2017 ahead of the new look Vitality Netball Superleague season which starts in February.

As current Head of Park Operations at Thorpe Park, Catherine has extensive knowledge of the tourism and entertainment industry and intends on utilising her expertise in her new role with the Dragons.  Catherine says there will be much cross-over between the entertainment and the sport business:

“I am very excited to join the Dragons in 2017,” says Catherine, “and I am keen to get started and help build on the franchise’s already strong platform and history, and take it to the next level.

“I want to ensure we deliver memorable fan experiences as well as engage new fans, as the Celtic Dragons look to grow and develop over the coming years.

“This is such a great platform for womens sport and I am excited to be involved.”

Originally from Pontypridd, Catherine moved to Surrey where she began her career with Merlin Entertainments as Entertainments Operations Manager.  Catherine then progressed to Events Manager in 2015, before becoming Head of Park Operations later the same year.

“I am most looking forward to being in amongst those who are passionate about the sport and to be a part of something so exciting back in my home country,” says Catherine, who studied Journalism, Film and Broadcasting at Cardiff University.

“Catherine brings a fresh perspective combined with determination to deliver great customer experience – this can only benefit the Celtic Dragons franchise.

“The Celtic Dragons recently secured a four year contract with the prestigious Vitality Netball Superleague and so this is the perfect time for Catherine to develop the brand and grow the franchise.

“We are looking forward to welcoming Catherine in the new year.”