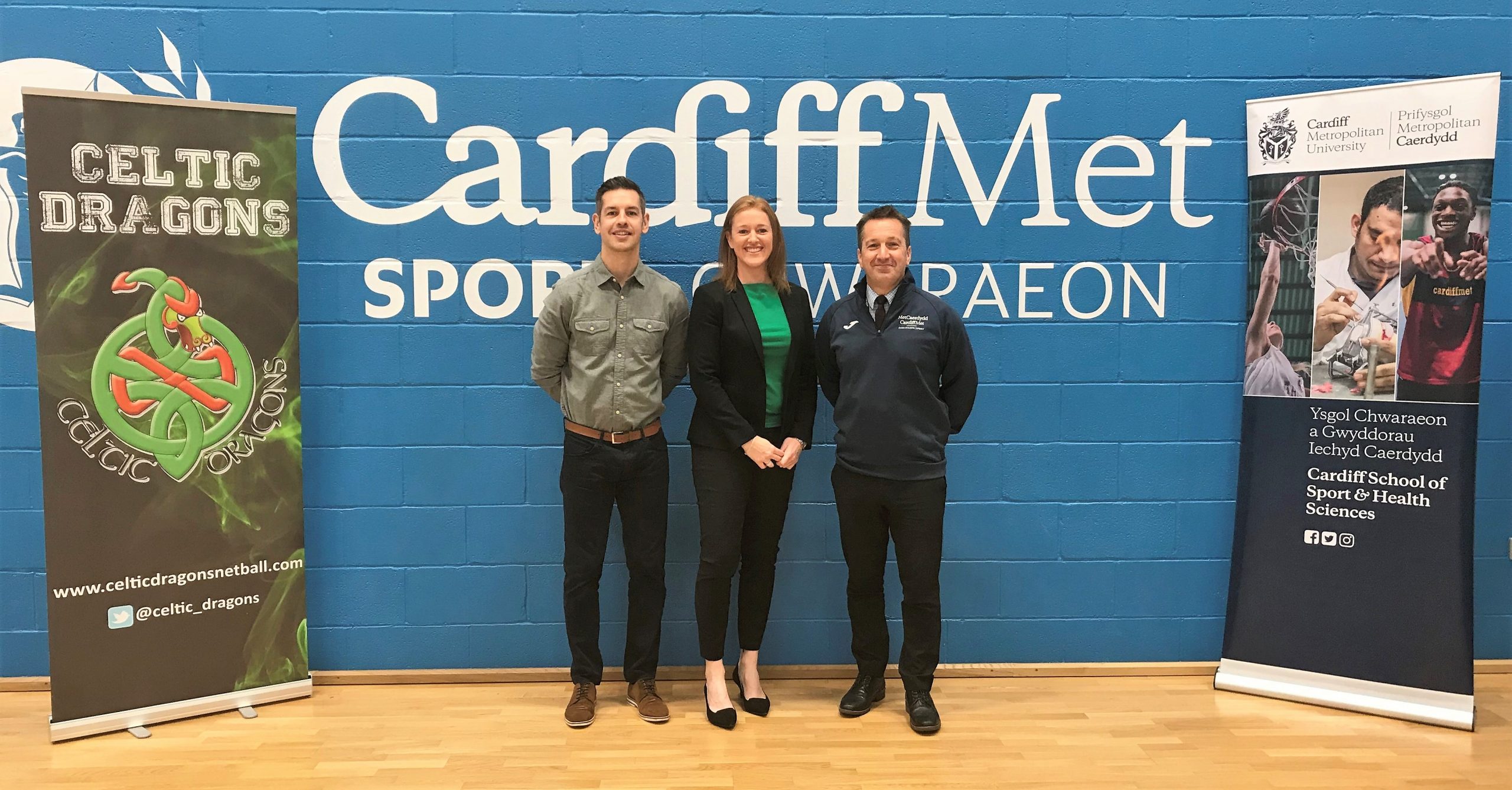 Celtic Dragons is pleased to announce that it has joined forces with Cardiff Metropolitan University ahead of the 2019 Vitality Netball Superleague season.

The partnership means that the University’s Cyncoed campus will host on court training and all elite performance support services, via its range of industry-leading facilities, including the Archers’ Arena double netball court and Cyncoed Fitness Centre. These facilities will prove invaluable as the Dragons face another competitive year in the Vitality Netball Superleague, under the new tenure of New Zealander, Tania Hoffman.

The partnership between Celtic Dragons and the University will further strengthen the status of netball in one of the UK’s leading institutions for university sport and provide world-class support services to the Wales-based franchise.

Sarah Jones, Welsh Netball CEO said: “Celtic Dragons is always striving to innovate and grow, so forging this new partnership with Cardiff Met is an exciting development for the franchise.

“Cardiff Met’s School of Sport and Health Sciences is led by an ambitious leadership team, supported by very knowledgeable and skilled staff. The University’s vision for women’s sport aligns with our own and their world class support and training systems can help drive future success for Celtic Dragons.

“Along with the appointment of our first-ever dedicated Head Coach, Tania Hoffman, the franchise will have the world-class services and facilities required to support an exciting new-look squad for 2019!”

Owen Rodgers, Cardiff Metropolitan University’s Deputy Director of Sport added: “Cardiff Met is delighted to partner with Celtic Dragons and Welsh Netball by providing facilities and a support system for this prestigious team. Cardiff Met has a rich history of developing Netball players and we look forward to strengthening our relationship with Welsh Netball.”

Ian Kirkham, Celtic Dragons’ new Physical Preparation Lead also shared his excitement ahead of the new partnership. He said: “As netball in Wales evolves and move forward, the expertise and facilities at Cardiff Met will revolutionise the Dragons’ performance programme.

“Cardiff Met has an excellent reputation for developing and nurturing exceptional athletes, competing at the highest international and Olympic level. This makes Cardiff Met ideal partners for all aspects of our performance support services.”