In partnership with Lightmaker and TokBox, Celtic Dragons were the first ever women’s sport in the UK to pilot a live Q&A session between the netball team’s stars and their fans.

The annual Fanalyse awards recognises innovative and forward-thinking campaigns and organisations engaging with consumers.   The Celtic Dragons were shortlisted alongside The Open Championship and C3i Group, Scottish Cup and Huggity, and PSV and Content Stadium.

“We’re very happy to have won this commendation award amongst the respected organisations within our category,” said Celtic Dragons Commercial and Operations Manager, Catherine Marin.

“This kind of user-friendly technology allows us to make that connection between grass roots netball and elite sport that drives what we do, and we’re very proud to be the first women’s sport in the UK to pilot this.”

“It has been fantastic to work with Lightmaker and TokBox on this creative project,” said Welsh Netball Chief Executive, Sarah Jones.

“Our fans are very important to us at Welsh Netball therefore we’re delighted that our exciting live Q&A which was enjoyed by so many Celtic Dragons fans has been recognised by Fanalyse.

“Our athletes are great role models to young women and girls across the country and we’re thrilled to have given so many supporters the opportunity to speak with their idols.” 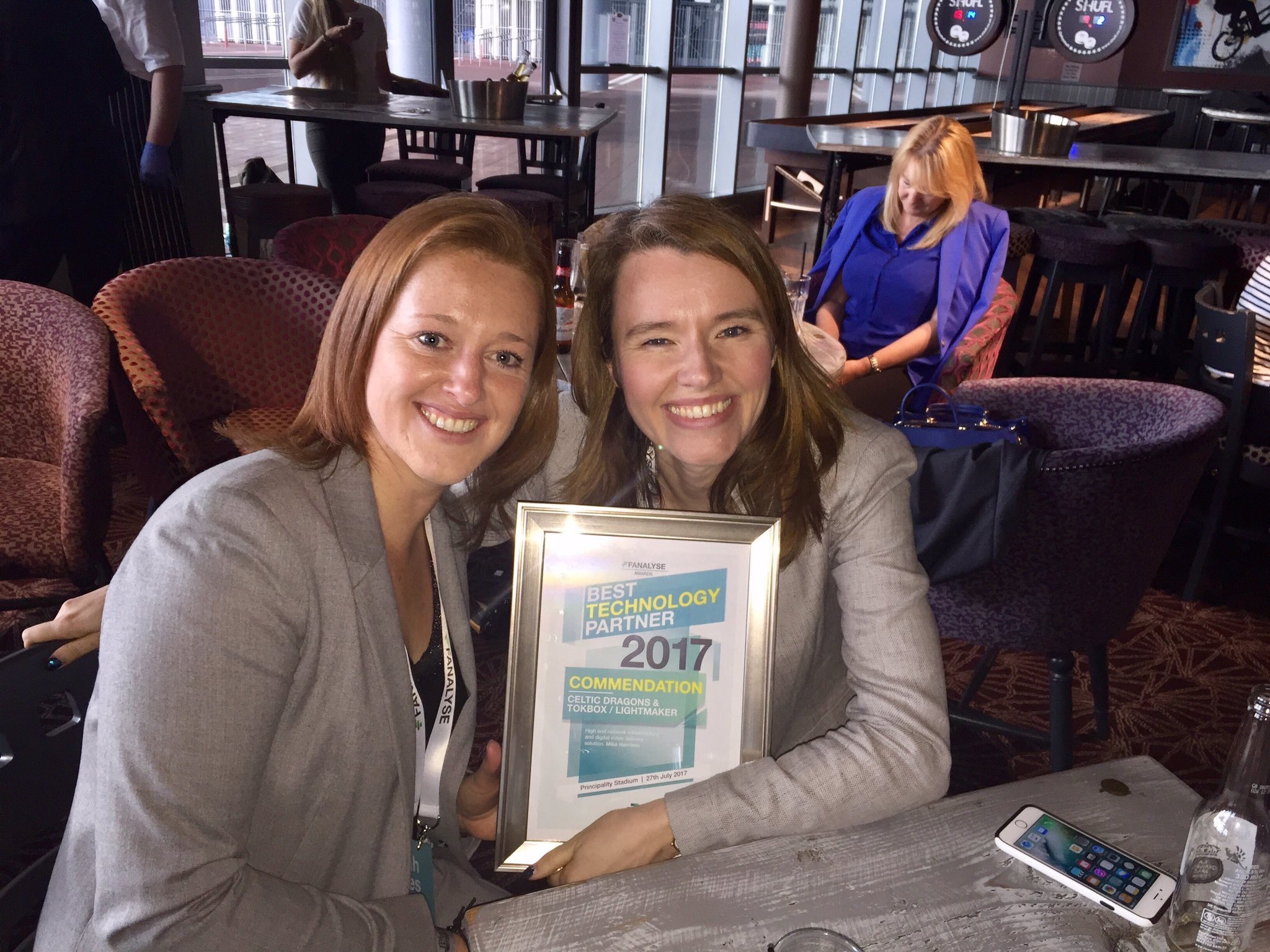