Celtic Dragons Back on the Road for Round 5. 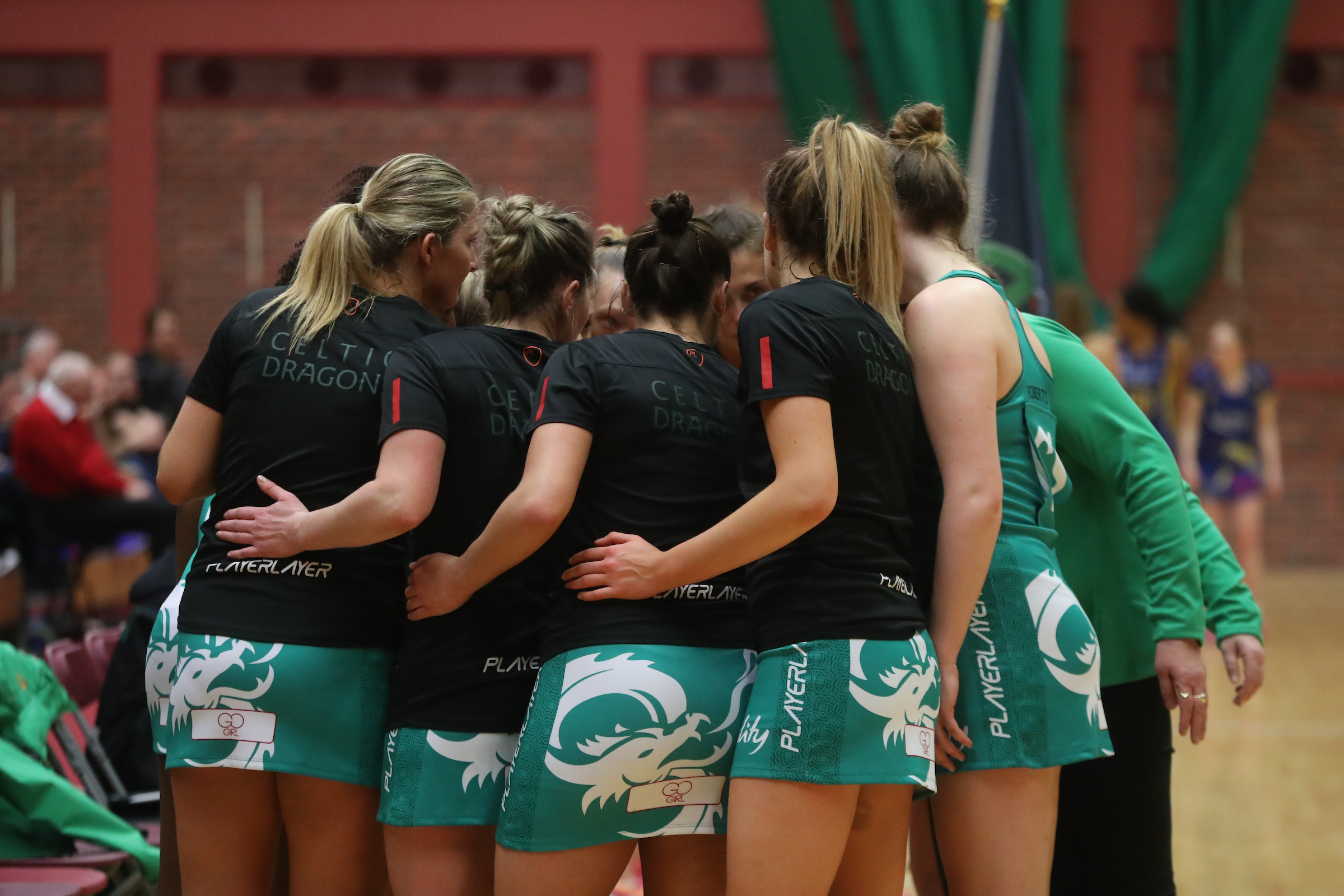 Celtic Dragons Back on the Road for Round 5.

Round 5 is almost upon us and the Celtic Dragons are on the road again – this time they’ll be travelling to Hertfordshire University’s Sports Village.

The Dragons will face Hertfordshire Mavericks at 3.30pm for their fourth of five away games in a row.

The previous two games have seen the Dragons in contention in both games and the squad will look to take this momentum into this weekend’s match.

“We continue to focus on our performance and will take the positives out of the last two games into the match against the Mavericks,” says Head Coach Trish Wilcox.

“The performance targets we have set ourselves have improved in the last two games which resulted in us being in contention to win both games.

“However, we let ourselves down at crucial times in the latter stages of both games with some unforced errors.”

The Celtic Dragons take great pride in their identity and Head Coach Trish Wilcox says that the team are focused on strengthening their self-belief and staying true to what it means to be a Dragon:

“We’ve talked about the importance of having belief in our capabilities as a collective.  This continues to grow as more and more of our debutant players get exposure in the VNSL and recognise that they are more than capable of competing at this level.”

Celtic Dragons will return to their home venue at Sport Wales National Centre, Cardiff for their series of home fixtures starting on 3 April against Loughborough Lightning.  This match will celebrate the Green Army – fans who wear green at the match will get a free programme, so make sure you’re kitted out ready for the game.

Tickets for all the home games can be found at celticdragonsnetball.com