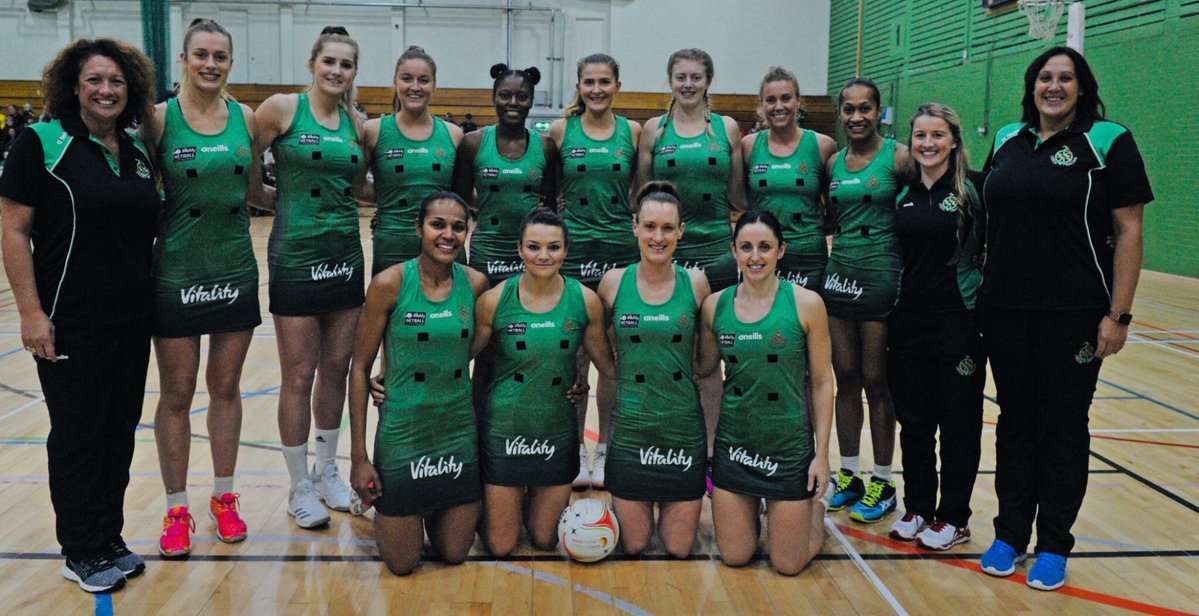 On Saturday 8 December, Celtic Dragons made their annual visit to Deeside Leisure Centre for their first public warm-up match against Manchester Thunder.

In the morning, some of the Dragons payed a visit to the North East Junior League to see some of the North’s future talent play. Then, later in the day, Celtic Dragons hosted a Q&A session for local fans who filled the Deeside Leisure Centre Dance Studio and got to ask the players all about their training, nutrition and lives outside of netball.

The match itself saw an emphatic 80-48 win for Manchester Thunder whose settled squad were well-accustomed to playing with one another. Nevertheless, the match gave a great indication about the potential of this new-look Dragons squad with impressive shooting stats for Chelsea Lewis, Kalifa McCollin and Lucy Herdman. Superleague veteran Suzy Drane displayed plenty of pace and new signing Dee Bolakoro displayed a never say die attitude in defence. The first two quarters saw some more familiar combinations on court and the third quarter blow-out came as players were tested in new and unfamiliar positions.

Chelsea Lewis was named Player of the Match and had her award presented to her by Merle Hamilton, President of Welsh Netball.

Reacting to the match, head coach Tania Hoffman said: “It was great to get players out onto court for the first time – with some combinations working really well and others we have to work on ahead of January. Kalifa has only been here since Wednesday and I thought performed really well despite some travel fatigue.”

Celtic Dragons would like to thank all of the fans and volunteers from across North East Wales and beyond who helped to make it a fantastic day of netball! Diolch yn fawr iawn i chi gyd!