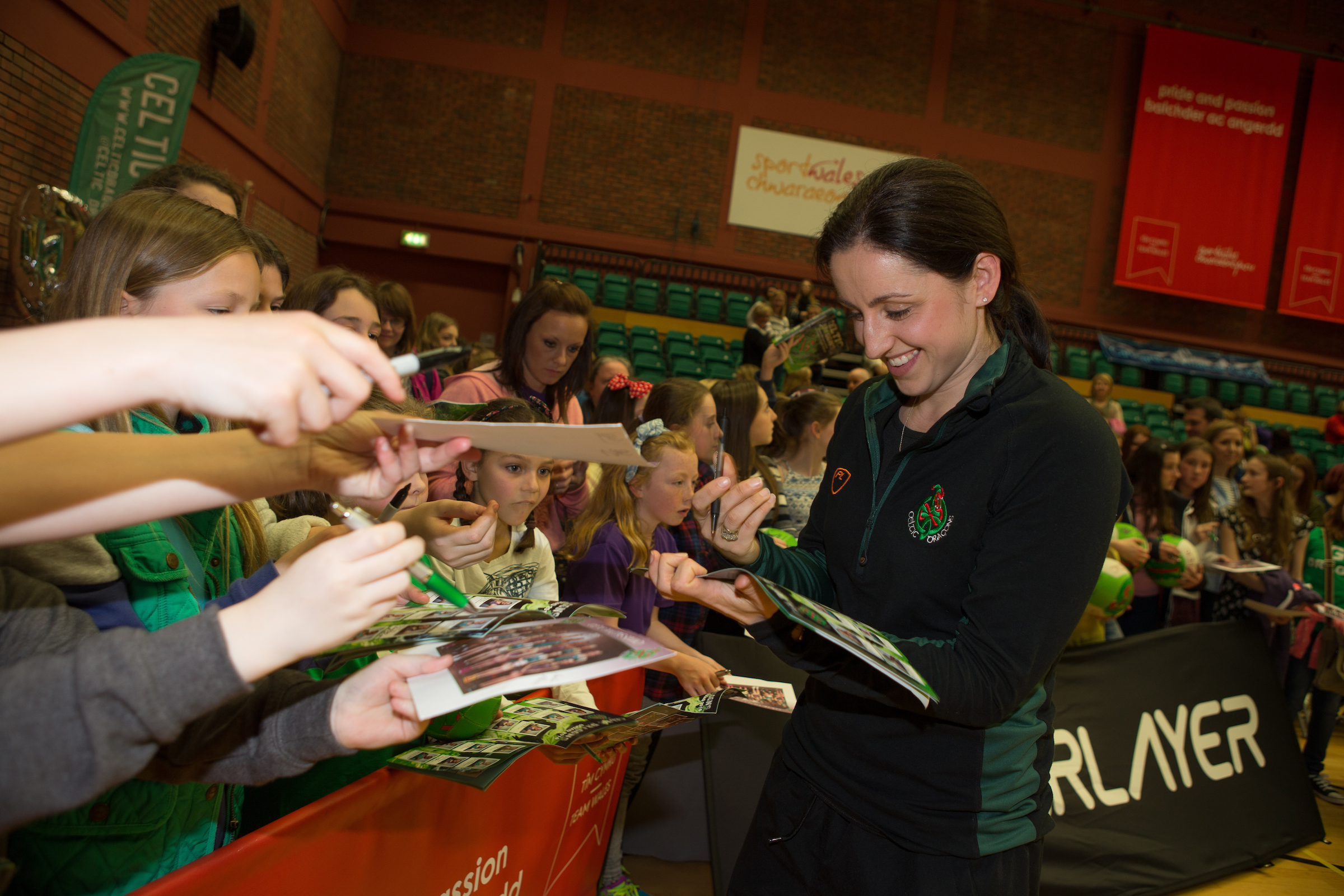 With less than three months until the prestigious Vitality Netball Suplerague kicks off in February 2017, the Celtic Dragons have released tickets for all their home games.

The Dragons will play nine games at their home at Sport Wales Centre, Cardiff.  The squad say they are looking forward to welcoming their loyal Green Army fans to their fixtures.

Captain Suzy Drane says she can’t wait to play for the Green Army fan base:

“I really can’t wait to see and hear all our amazing supporters again this season,” says Suzy, who joins the franchise for her 12th season.

“We’re working really hard as always to bring our best performance yet!

“Looking forward to getting back out on court and seeing all our Green Army fans soon.”

The Celtic Dragons have been training hard behind the scenes with expert guidance for strength and conditioning, nutrition, psychology, and of course on court training led by Head Coach Trish Wilcox.

The squad is looking forward to a new-look Superleague with three new teams and fresh faces featured across the board.

Centre-court player Bethan Dyke, who joins the Dragons for her 5th season describes how the fans are a major part of the Celtic Dragons family:

“I truly believe we have the best fans in the Superlegue and look forward to their continued support.

“With a fresh line up opposition I anticipate one of the most exciting and competitive seasons to date. I can’t wait to get started.”

Tickets have also been released for two pre-season matches.  The first friendly will be Manchester Thunder on January 14th, and the second against new team Severn Stars on January 28th.