Dragons Silence the Sirens to Take First Win of the Season. 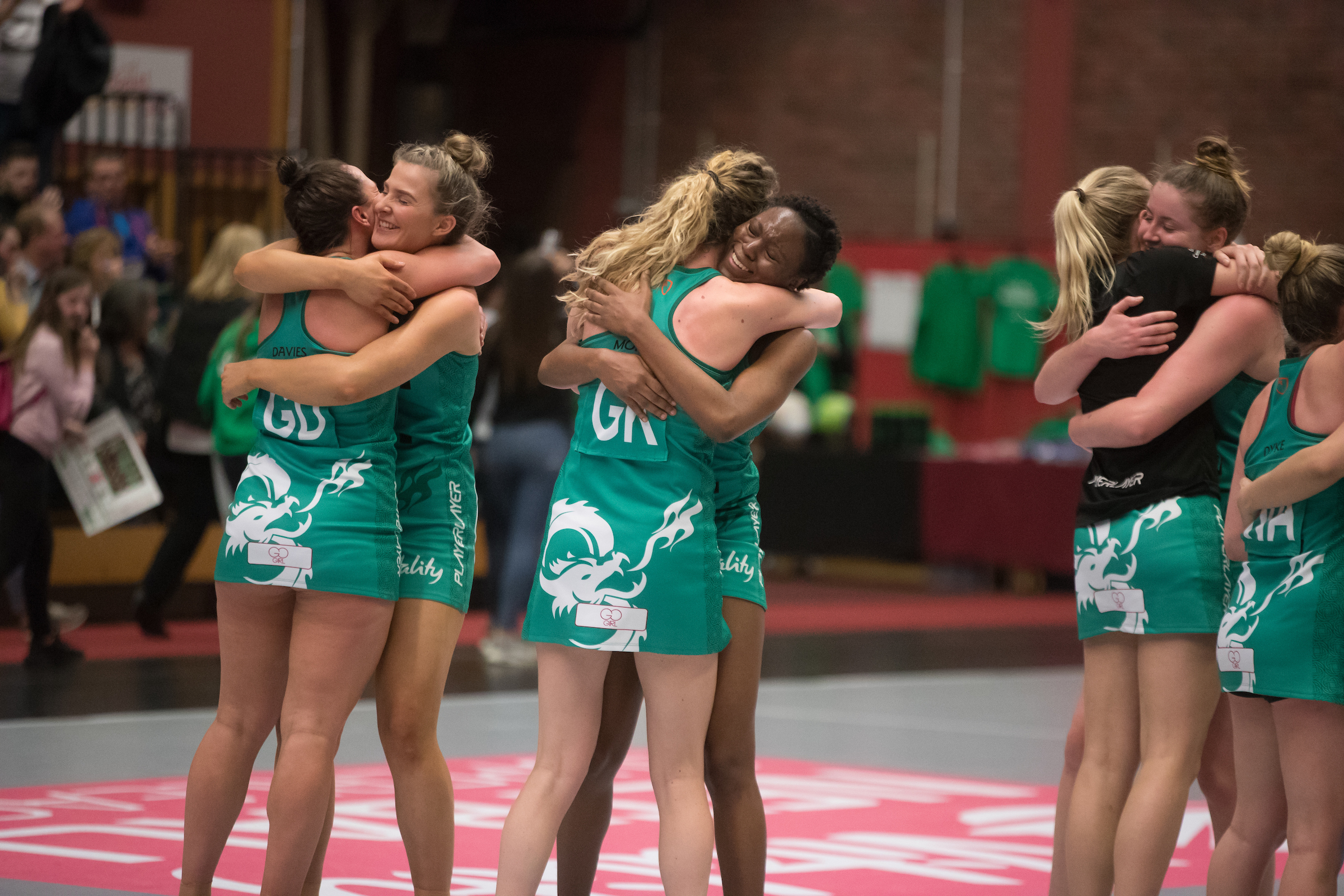 Dragons Silence the Sirens to Take First Win of the Season.

Netball Superleague team the Celtic Dragons have seized their first win of the season with a 55-52 win over Sirens Netball.  At last night’s much anticipated Celtic clash between the Welsh and Scottish franchise teams, the Green Army witnessed an edge-of-your-seat match with the game still too close to call until the final few minutes.

The Dragons and the vocal Green Army crowd welcomed the Sirens to Cardiff’s Sport Wales National Centre on Monday 10th of April.  Just three days earlier Sirens had rocked the Superleague boat by beating 2nd on the table Surrey Storm so would have come buoyant into this fixture.

It was a slow starter for Dragons as Sirens turned over Dragons’ first centre pass and led comfortably in the first few phases of the game.  The Dragons remained calm, and calculated play paid off for the home team as their score crept up steadily towards the second half of the first quarter.  Dragons showed promise, but still trailed behind by 3 goals by the end of the quarter: 11-14.

Guests Sirens ramped up the pace in the second quarter.  Fern Davies came on at GD and experienced Vice-Captain Kelly Morgan moved into GK position.  Sirens defence was extremely tight within the shooting circle, Dragons’ attack however kept their composure and reset and worked the ball to the shooting circle Captain Suzy Drane left the court after sustaining an injury and Kiwi Stacey Peeters replaced her as WD.  Dragons defensive pressure continued to increase which saw errors creep into the Sirens game. This saw a turning point in the game for Dragons.  Dragons took full advantage of the turnovers, scoring a few quick goals to get back on track with a 2-goal difference going into half time break: 24-26.

The score continued to be close as both sides exchanged goals until Dragons pushed for an equal scoreline at 31-31.  Dragons defence upped the pressure which enabled the home team to take the lead.  A few quick goals from Borrego and Halpenny meant that Sirens kept the scoreline close but Dragons turned up the heat and raced ahead with a score of 42-38 by the end of the third quarter.

The final quarter saw the Green Army fans raise the roof with their drumming and cheering. However, Sirens scored a quick couple of goals to equalise the score at 42-42.  Sirens kept up with the Dragons and were within four goals in the final minute.  An incredible 60 seconds saw both sides score a goal each and as the final whistle blew Dragons had already won 54-52.  A contact call against Sirens allowed Gilbert Girl and Player of the Match Kalifa McCollin, who was on fire in the last quarter, to seal the deal with another great goal.    Final score: 55-52.