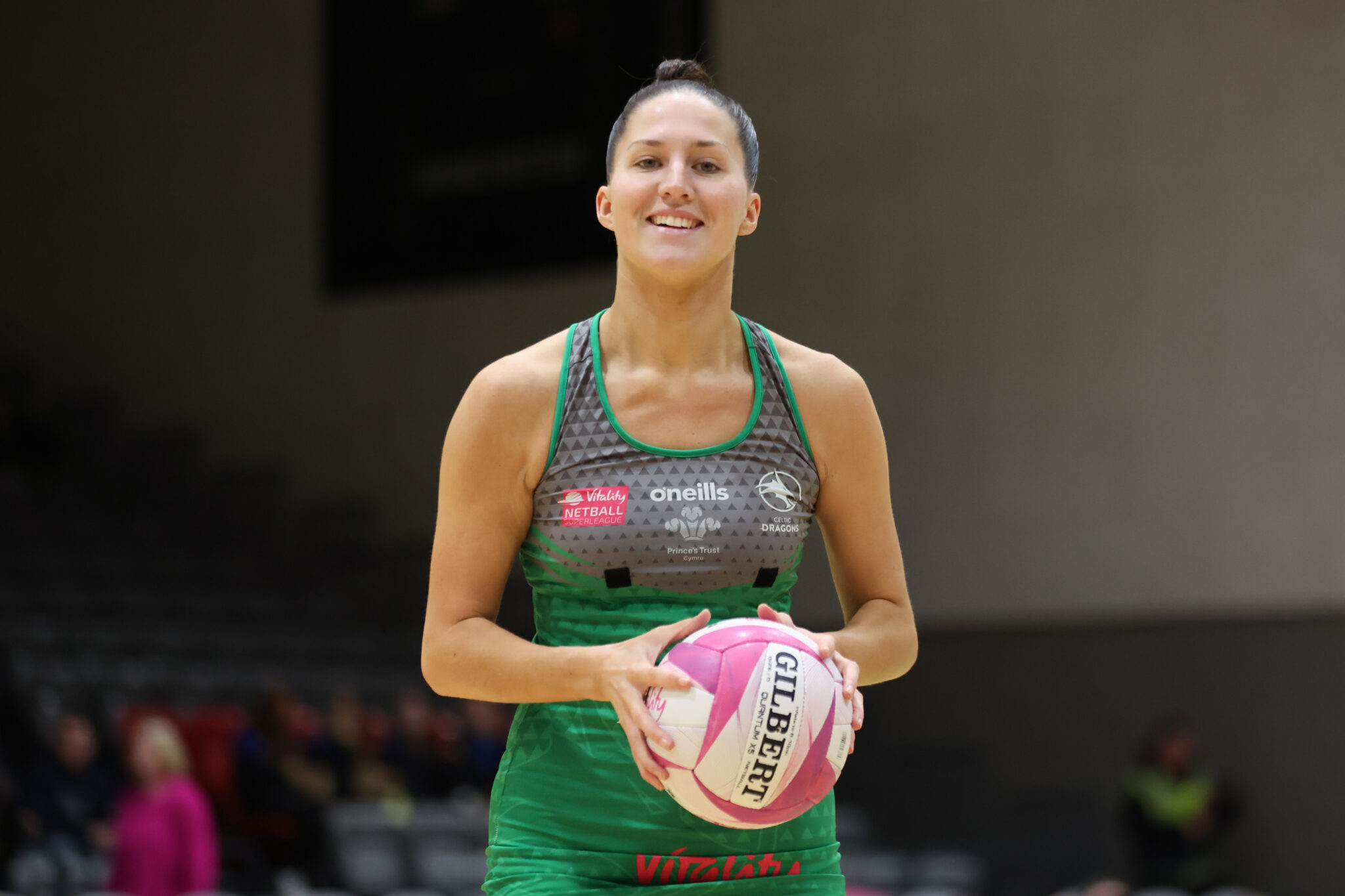 Celtic Dragons are happy to announce that Wales International and former Wasps Netball athlete Ella Powell- Davies will join the franchise, replacing Leila Thomas who was ruled out of the 2023 season on medical grounds.

Due to the sad news that Wasps Netball would not be competing in the 2023 Super League, and the loss of Leila Thomas for the season, it was a no brainer for the Wales based side to sign Powell-Davies who had a standout international season with Wales, competing in the Commonwealth Games in Birmingham and most recently helping Wales qualify for the World Cup in Cape Town.

Powell-Davies, who plays across all three defensive positions started her NSL career at Severn Stars in 2017, before moving to Wasps Netball 3 years later, where she remained for the past two seasons.

Sara Moore (Head of Elite) said, “Whilst we are of course saddened by the fact that Wasps will no longer be in the NSL, and that Leila Thomas has been ruled out this season on medical grounds, we are really pleased to be able to welcome Ella to Celtic Dragons. Having worked with Ella at international level with Wales, I know exactly how good she is. Ella’s ability to read the oppositions play, track her opponents and win ball in defence is second to none. That combined with her attacking abilities and leadership skills made her a firm standout in last year’s NSL competition. I know she will be a huge asset to Dragons this season.”

Dannii Titmuss Morris, Celtic Dragons Head Coach said “Ella is a wonderful addition to the group. She has only been training with us a short time and is already showing what she is capable of, hard-working and committed to the pursuit of excellence. To be able to add an athlete of Ella’s calibre to the group further strengthens our ambitions for the 2023 NSL season.”

Ella Powell-Davies said of her move, “I still can’t quite believe this has happened. The last couple of months have been a complete whirlwind. I can’t quite put into words how grateful I am for this opportunity with Celtic Dragons, and I can’t thank Dannii and the team enough for their support through such a tough time.

Now it’s time to focus on my new journey with my new team and I am so ready for it.”

You can watch Ella and the rest of the Dragons squad in our newly announced pre-season match against Severn Stars this January. You can buy your tickets here to watch the 2023 Celtic Dragons squad play in their new home venue for the first time this season.