In the 7th round of the Vitality Netball Superleague season, the Celtic Dragons suffered defeat against table toppers Loughborough Lightning.  After 6 weeks on the road at away games across the country, the Dragons were welcomed back to their home venue at Cardiff’s Sport Wales Centre on Monday 3 April.

Lightning made themselves at home and won first goal of the game, followed by another 5 to make it 0-6 within the first few minutes.  Celtic Dragons clawed their way back with a few quick goals by shooters Kalifa McCollin and Eleanor Roberts.  Dragons defence was strong and stubborn, forcing errors on Loughborough which resulted in a promising 11-15 score on the board at the end of the first quarter.

The score line remained close throughout Q2 as both sides capitalised on each other’s errors.  Lightning Goal Shooter Peace Proscovia was persistent, assisted by an impressive and ferocious play down the court by her team mates, adding to Lightning’s lead.  The score leading into half time was still close at 21-26 but Dragons were left trailing behind as Lightning lead by 7 goals at the end of the quarter: 23-30.

As the penultimate quarter got underway the guests raced ahead with a 20-goal lead.  Pressure from the purple team led to unforced errors on the green side which went in their favour as the score line shot to 29-52 at the whistle.

Final changes in the Dragons squad included Leila Thomas as GK, Lois Rideout as GD, Suzy Drane as WD, Sara Bell as GA, and Gilbert Girl Kalifa McCollin moved to GS position.  Fresh presence on court in the final 15 minutes seemed to relight the fiery passion in the Dragons players that the Green Army know and love.  Despite a large surge from the girls for a push for goals, the opposition finished the game with a deserved win of 45-65, making them top of the table with 18 points.

Gilbert Girl Bethan Dyke was declared Player of the Match. 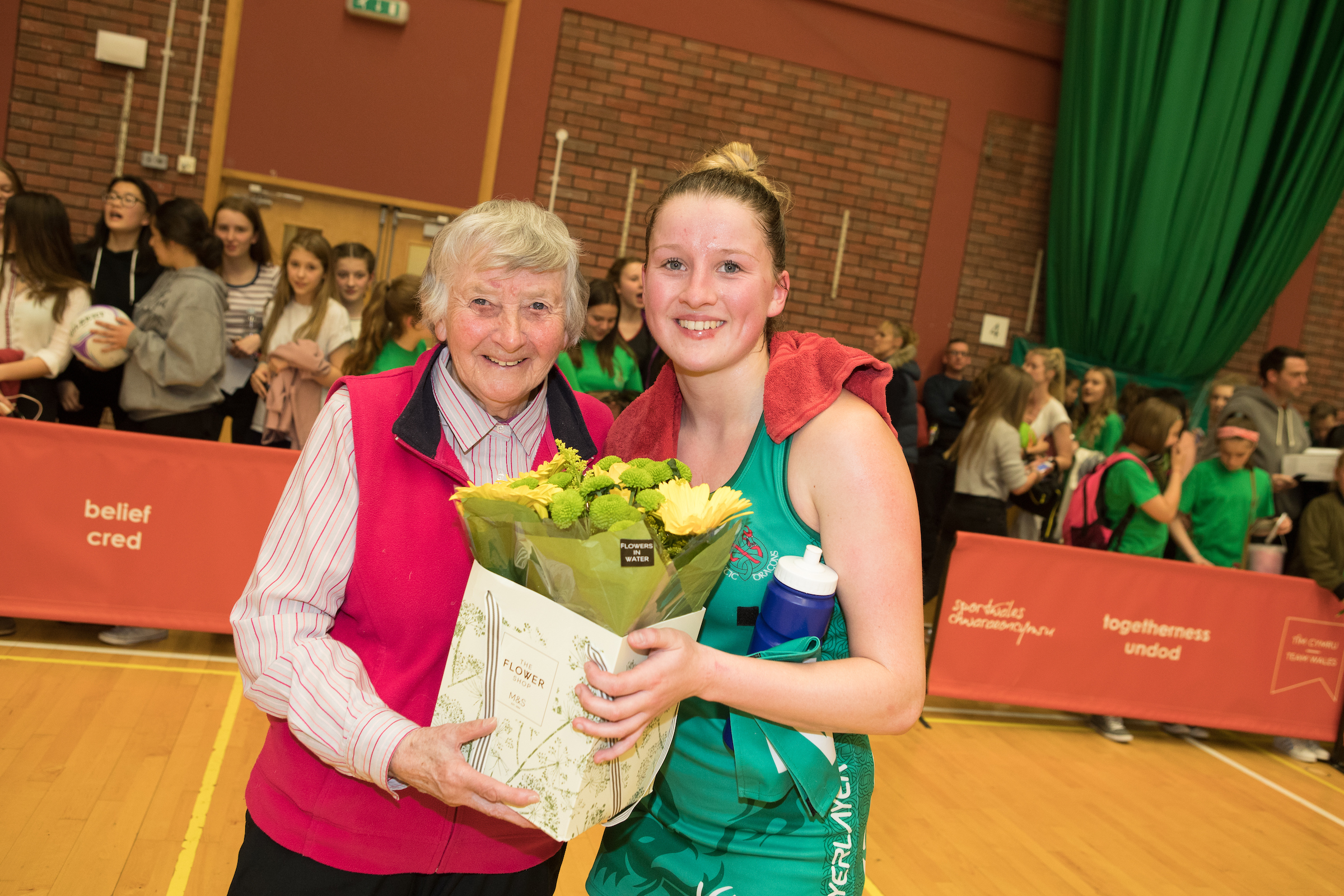