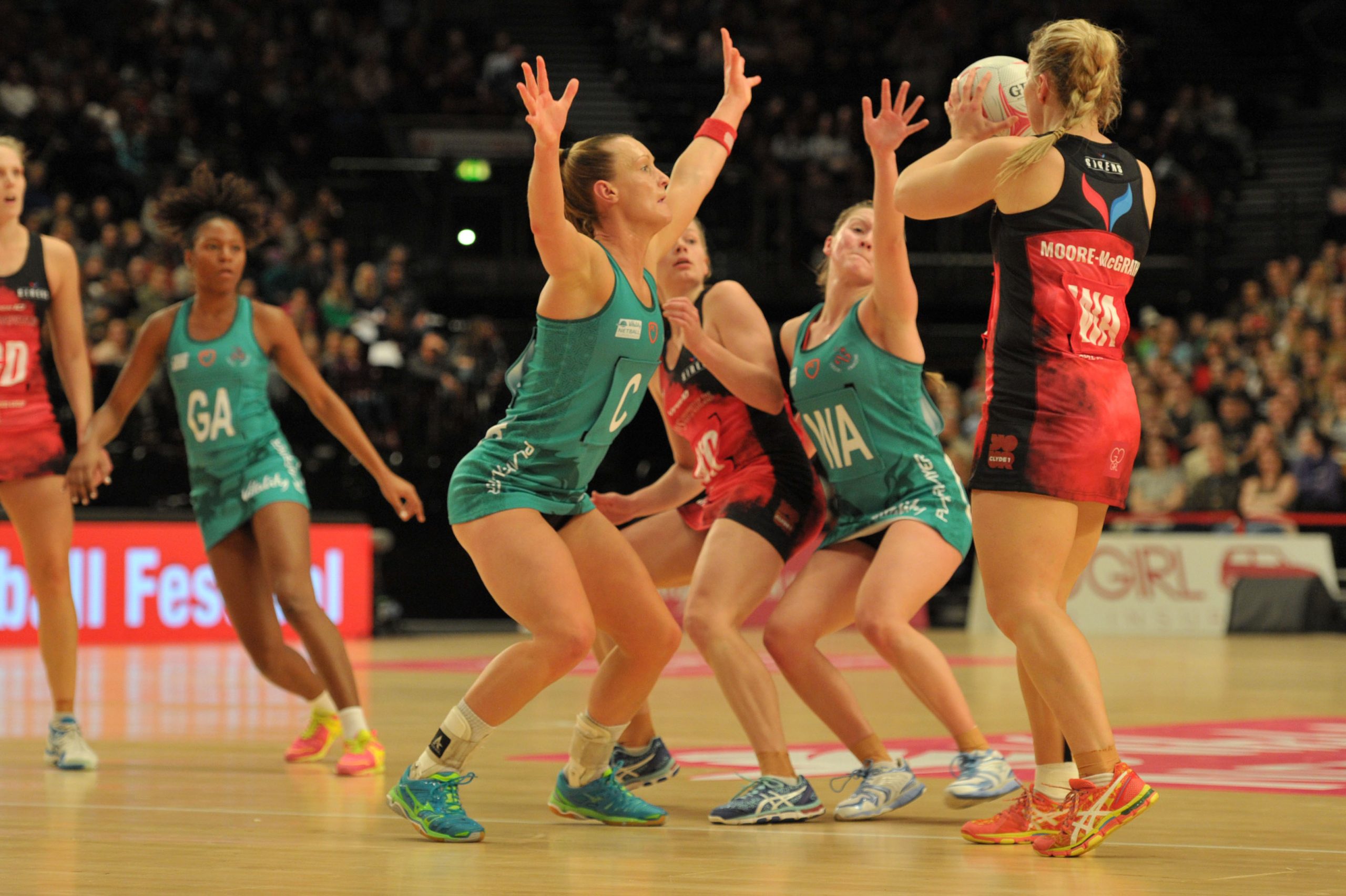 The Celtic Dragons suffered a tough loss at the spectacular Super Ten event, held at the Genting Arena, Birmingham on 25 February 2017.  In front of a crowd of thousands the Dragons went head to head with new faces in the Superleague Sirens Netball.

Sirens dominated the second quarter despite the Dragons’ best efforts, which left the score at 35-18 at half time.

The travelling Green Army fans could be heard cheering in support of the Dragons as they returned to court, urging their team on going into the second half.  Changes in the third quarter saw Lydia Hitchings come on as GS, Stacey Peeters moved to WD, and GD Lois Rideout and C Kyra Jones returned for their 2nd appearance of the match.

The third quarter saw the Dragons come out with renewed passion which stemmed the Scottish side’s momentum.  The Dragons certainly came back fighting as the game became more physical and competitive.  Mid court players Kyra and Stacey became a dangerous duo, using their experience to shake the Sirens.  Sirens replaced their shooter late during the third quarter but the opposition continued to put pressure on the Dragons, leading 53-31 at the end of the penultimate quarter.

Captain Suzy Drane came back to the court at WA in the final quarter.  However, Sirens now had the momentum and extended their lead to win 73-36.

It was a tough journey home for our athletes, however Head Coach Trish Wilcox reflects on their performance and is looking ahead to the next fixture against Severn Stars on Friday, 3rd March:

“It was a disappointing performance overall, in particular as there were so many positives to take out of our round 1 game against Team Bath.

“We are on an amazing journey in this league and relish every opportunity to step onto the court and challenge ourselves.

“Today saw us deviate away from our identity as a team and this week is about us getting back on track and putting out a performance that we as a group and our amazing green army fans can be proud of.”