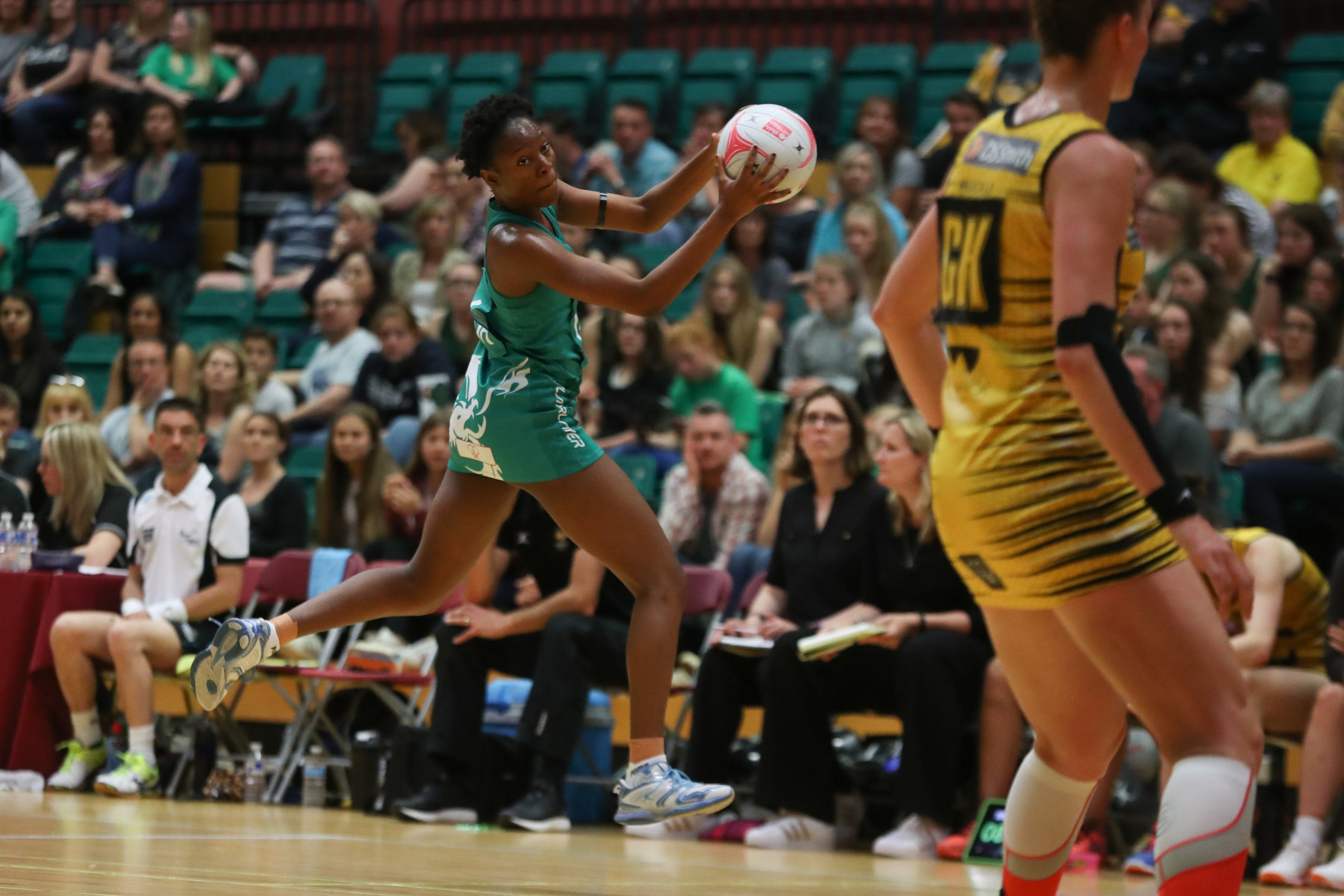 For the very first time in the Superleague the Wasps were welcomed to the Sport Wales National Centre in Cardiff for a  Bank Holiday clash, the Green Army waiting to support their team at home. A win here at Cardiff would secure Wasps a place in the final four so this was not going to be an easy day at the office for the Dragons!

Prior to the match commencing both teams and the audience paid tribute to those who were involved in the Manchester disaster earlier this week.  The Celtic Dragons players all wearing black armbands as a mark of respect.

The clock hit 4 o’ clock and the game begins! Wasps showed their intent from the first whistle and took the first quarter by 19 -9.

Celtic Dragons made changes for the second quarter and brought on Lydia Hitchings as Goal Shooter.  The intent here was to move the defence out of the circle giving the Dragons attack the space to drive to post. This tactic worked for the Dragons as they held Wasps to a 11 – 14 goals scored in Q2.

Q3 saw further changes for the Celtic Dragons – Suzy Drane moved to Centre and Clare Jones was brought on to court for her debut at Wing Defence.  Wasps continued to apply the pressure, making it difficult for the Dragons to find space. Fern Davies at Goal Defence continued to work hard – hunting for the turnovers and kept her Goal Attack under pressure.  At the end of the third quarter the Wasps grew their lead by 28 – 54.

Congratulations to Player of the Match Kalifa Mc Collin.