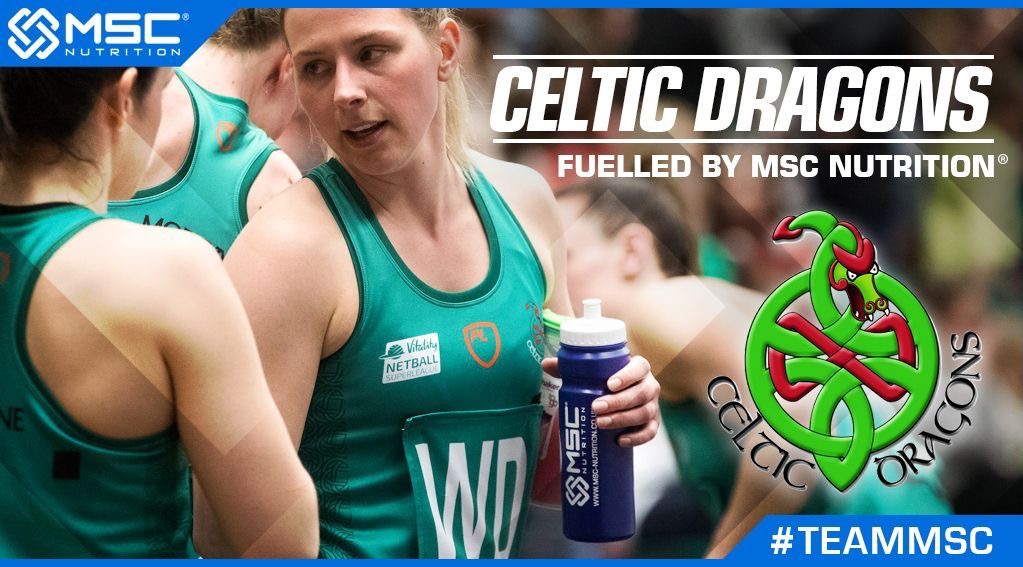 MOVES to grow women’s sport in Wales have been boosted by news that Celtic Dragons netball team has won its first major nutritional sponsorship deal.

Celtic Dragons is the first female team to be sponsored by Welsh sporting brand MSC Nutrition after a new deal was confirmed to help promote greater participation in women’s sport nationwide.

Despite relative progress having been made, sponsorship for women’s sports is still trailing significantly behind mainstream male sports, with companies such as MSC aiming to change this in the future. As one of the 10 teams in the Vitality Super League, Celtic Dragons is therefore partnering with MSC Nutrition in a bid to set the standard for further female teams to follow.

“As one of ten netball teams in the prestigious Vitality Netball Superleague, we take our training and nutritional goals incredibly seriously. Now we’re well into our season, maintaining fitness levels is one of our highest priorities and we’re very happy to be partnering with a reputable brand like MSC Nutrition.

“As the only competitor in the Superleague to represent Wales, partnering with a Cardiff-based brand is hugely important in proving that local support exists when it comes to promoting overall participation in sport for women and girls. We’re proud to partner with Welsh companies with reach across the nation, and the UK.”

Welsh Netball CEO, Sarah Jones added: “It’s great to be partnering with such a forward thinking and reputable company – we are delighted to be working with MSC.”

Nutrition and training remains a high priority for all players during off-peak season, with players spending time across the nation meeting the ‘green army’ and aspiring to be a motivational source for women in sport in the process.

Managing director at MSC Nutrition, Nicky Edmonds, said: “As a huge fan and former international player of netball myself I’m delighted to be supporting Celtic Dragons, who are always looking to improve and develop their game and are very pro-active in raising the profile of women’s sports across Wales and the UK.

“I very much look forward to tracking their ongoing performance – sponsorship for female sports is so often overlooked, but here at MSC we believe in helping our athletes and teams to reach their nutritional regardless of their chosen discipline.

“With this in mind, all of our products are tested with Informed Sport/LGC and remain WADA compliant, ensuring our athletes are able to benefit from our products with the utmost confidence.”

Based in Cardiff, the company is quickly becoming the ‘go-to’ brand for professional athletes and teams, having rapidly raised its profile through similar sponsorship signings with Carl Frampton, Sam Quek, Sam Davies and more.