Round 15 – Celtic Dragons vs London Pulse 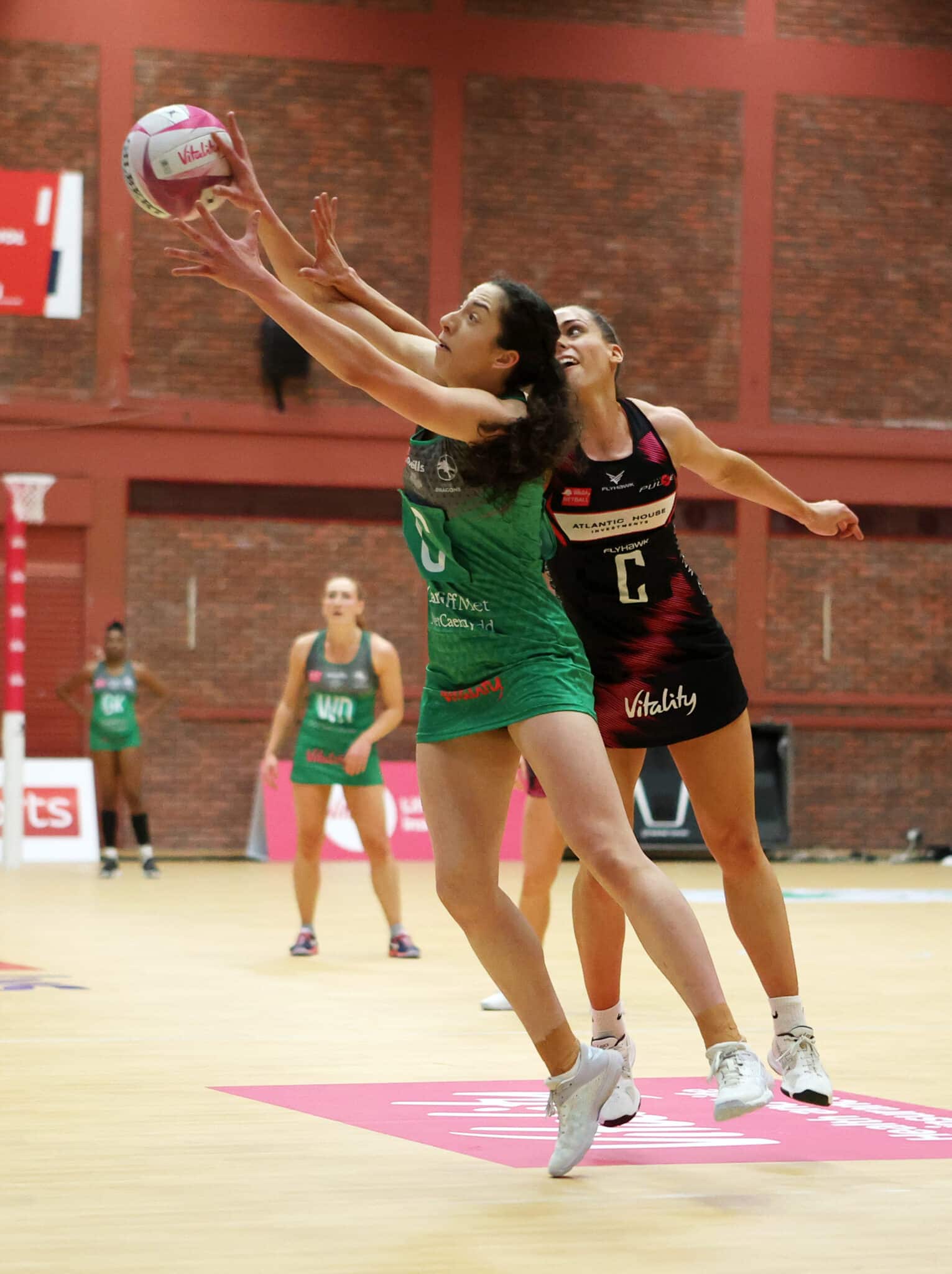 Round 15 – Celtic Dragons vs London Pulse

Pulse kick the game off with Tayla Honey taking the first centre pass. The defensive pressure from Dragons forces errors from Pulse which gives them an advantage on the score board. The game goes goal-for-goal until Zara Everitt gets an important intercept around the circle edge for Pulse, hoping to give them a lift, but Dragons turn the ball over again. Pulse follow suit and get the ball back from their side, bringing the deficit back to just 1 goal. A last second intercept from Shaquanda Greene-Noel gives Dragons the ball. They manage to get the ball into the shooting circle but can’t finish the quarter off with a goal meaning Dragons take a 2 goal lead going into the second quarter.

Dragons get the second quarter started by getting a goal on the board but call an early a substitution with Annabel Roddy moving to wing defence and Leila Thomas coming onto the court in the goal defence position. After Pulse level the scores early, both teams settle into the game and continue going goal for goal throughout the second quarter. Dragons grab the loose ball and Georgia Rowe converts. Dragons are patient with the ball and get their 2-goal lead. McDonald contests the ball and manages to get Pulse the side-line pass which they eventually score from. The momentum swings Pulse’s way as they now have the 2-goal advantage, but Annabel Roddy gets an intercept which Dragons convert. They score off their centre pass as well which level the scores once again.

Dragons make changes going into the second half. Hannah Leighton comes on at centre, with Clare Jones moving to wing defence and Annabel Roddy moving back to her usual goal defence position. Both teams start the quarter as they finished the last, clinical in attack and tight in defence. After narrowly missing the last intercept, Shaquanda Greene-Noel makes sure the next one is hers and snatches the ball from Tchine’s clutch. Annabel Roddy gets a huge intercept, to keep the momentum going Dragon’s way, but it isn’t converted. Elle Rattu and Pechova enter the game at wing defence and goal defence for Pulse with half of the third quarter remaining. With the calls from the umpire against Dragons, Pulse manage to get a 4 goal lead with 4 minutes remaining. Ashleigh Dekker enters the court at centre for Pulse and Laura Rudland takes the wing attack position for Dragons. Shaquanda Greene-Noel gets the crowd up and cheering as she flies in the air and grabs an intercept, which brings the scores back to 2 with 20 seconds to go. Tchine manages to squeeze in 1 final goal for Pulse as they take a 3-goal advantage into the final quarter.

Pulse steal the first goal of the final quarter from Dragons as they force Dragons to throw the ball over the back line. An offensive contact called against Dekker gives Dragons the ball back and they bring the scores back to a 2 goal margin. Shaquanda flies for another intercept and manages to tip the ball out, stemming the London Pulse flow. Annabel Roddy follows suit and tips the ball onto Sasha McDonald’s hands and off the bak line for a Dragons throwing. Dragons level the scores and the intensity lifts in Cardiff. Neither team can break the flow as the game goes goal-for-goal. After a tight game, the final whistle is blown and Pulse win by 3 goals.

Player of the Match – Shaquanda Greene-Noel