Thunder Hold on to Steal the Win. 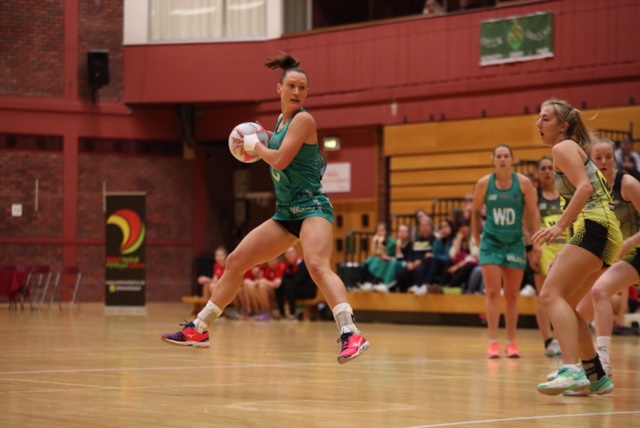 Thunder Hold on to Steal the Win.

Visitors Manchester Thunder stole the win from hosts Celtic Dragons in the final seconds of a very close match.  Dragons were ahead throughout the first half after an early lead. Dragons were full of confidence as they worked the ball smoothly down the court to secure goal after goal, leading 17 to Thunder’s 14 at the end of the first quarter.

Thunder steadily caught up with the Dragons in the second quarter as they looked to narrow the score but Dragons’ defence was tight with great pressure in the shooting circle by duo Kelly Morgan and Lois Rideout.  Blocked shots and calculated interceptions, and converting those successes meant that Thunder were still behind at half time at 30-28.

Thunder came out firing after the half time break and capitalised on turnover ball, outscoring the hosts and leading by 4 at the end of the third quarter 43-47.

Thunder looked to maintain their lead in the final 15 minutes, with the introduction of Goal Shooter Lydia Hitchings Dragons  equalised 51-51 with just minutes left on the clock.  However, Dragons could not hold on and Thunder capitalised on their errors.  A dramatic final 30 seconds of the game saw Thunder score 2 goals to clinch the win.  The final score: 53-55 to Manchester Thunder.  Congratulations to Player of the Match Kyra Jones of Celtic Dragons.

“That was such a tough match, our girls have stepped it up another level which is so pleasing,” says Peeters.

“It’s frustrating to lose by two.  It’s silly errors letting us down – but I think we can take the positives into Monday’s game and really push on because as long as we treasure possession and capitalise on any intercepts or turnovers, we can score off them.”

Join the notorious Green Army for a bank holiday show down, with tickets just £5pp and £30 per groups of ten.  Head to www.ticketline.co.uk