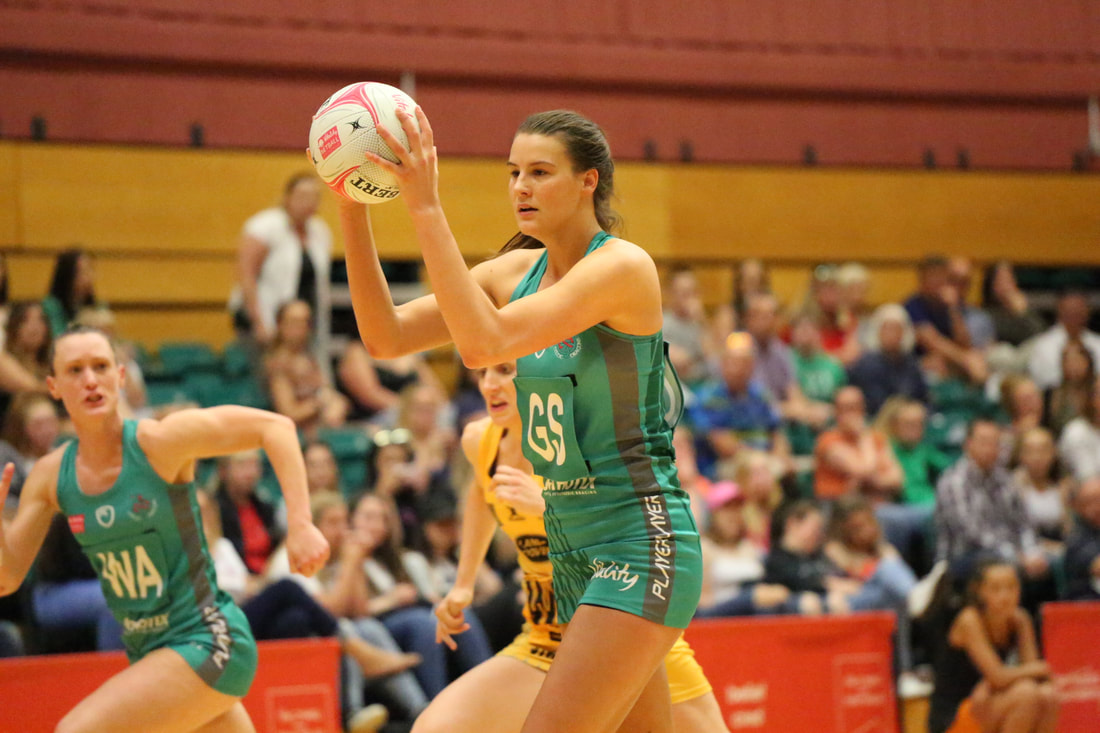 With the arrival of last year’s champions, head coach Julie Hoornweg opted to mix things up with the Dragons’ starting seven. Captain Suzy Drane moved into the centre with Kyra Jones taking position at wing attack. Wasps launched themselves into the contest getting an early 4 goal lead, but Dragons soon caught up and it was 5-8 after a rapid opening five minutes. Wasps captain Hannah Reid offered formidable reach in front of goal as GK and some scoring chances went astray as the visitors pressed ahead.

Kyra Jones continued to prove effective at wing attack as the management introduced Clare Jones and Eleanor Roberts to the fray. Wasps still were showing all the class that led them to Grand Final glory last term as George Fisher demonstrated precision movement to rack up the goals. The highlight of the quarter was when Suzy Drane was inches away from making an interception only for Nia Jones to fly in from absolutely nowhere and win the ball! Nonetheless, the half time deficit told its own story.

Despite a good lead at the half, Wasps were not content to cruise as Celtic Dragons continued to put everything into the performance. Georgia Rowe enjoyed an improved quarter as the defence did what they could against Rachel Dunn who picked up where George Fisher had left off. Once again, it was a Nia Jones interception that won the approval of the Green Army crowd.

Celtic Dragons came out for the fourth quarter looking to end on a high ahead of next week’s #CelticClash finale against UWS Sirens. The players in green were unfortunate not to turn the ball over during the initial seconds of Q4, Kelly Morgan being denied by the officials. Indeed, Morgan continued to assert herself throughout the quarter, but to little avail as the visitors took a well deserved victory.