Vitality Netball Superleague franchise, Celtic Dragons have teamed up with Cardiff Metropolitan University to host an end of season ‘Celtic Clash’ between Celtic Dragons and Scotland’s UWS Sirens. The match marks Round 17 of the Superleague and is Celtic Dragons’ final home game of the season.

The match will take place at the National Indoor Athletics Centre (NIAC), Cardiff Metropolitan Cyncoed Campus, CF23 6XD at 4pm on Saturday 16 June. Pay & Display parking is available on the site at a cost of 50p for the duration of your stay.

Celtic Dragons is encouraging Green Army fans to #ShowUp on the last game of the season by offering tickets at £5 each – as well as a range of group discounts – for the match. The new venue will cater for more spectators and we are looking forward to an end of season celebration of netball in Wales.

Sarah Palmer, Celtic Dragons Operations Lead shared her excitement ahead of the ‘Celtic Clash.’ She said: “It is a fantastic opportunity for us to bring the Dragons to a bigger audience and finish the season with a bang against our Scottish rivals.”

She added: “We are very grateful to Cardiff Metropolitan University who have worked with us to make this possible and who are right behind what we are doing with #ShowUp. I look forward to welcoming our netball family to NIAC for a game to remember!”

Tickets for the crunch clash can be bought here! Information on group discounts can be found below… 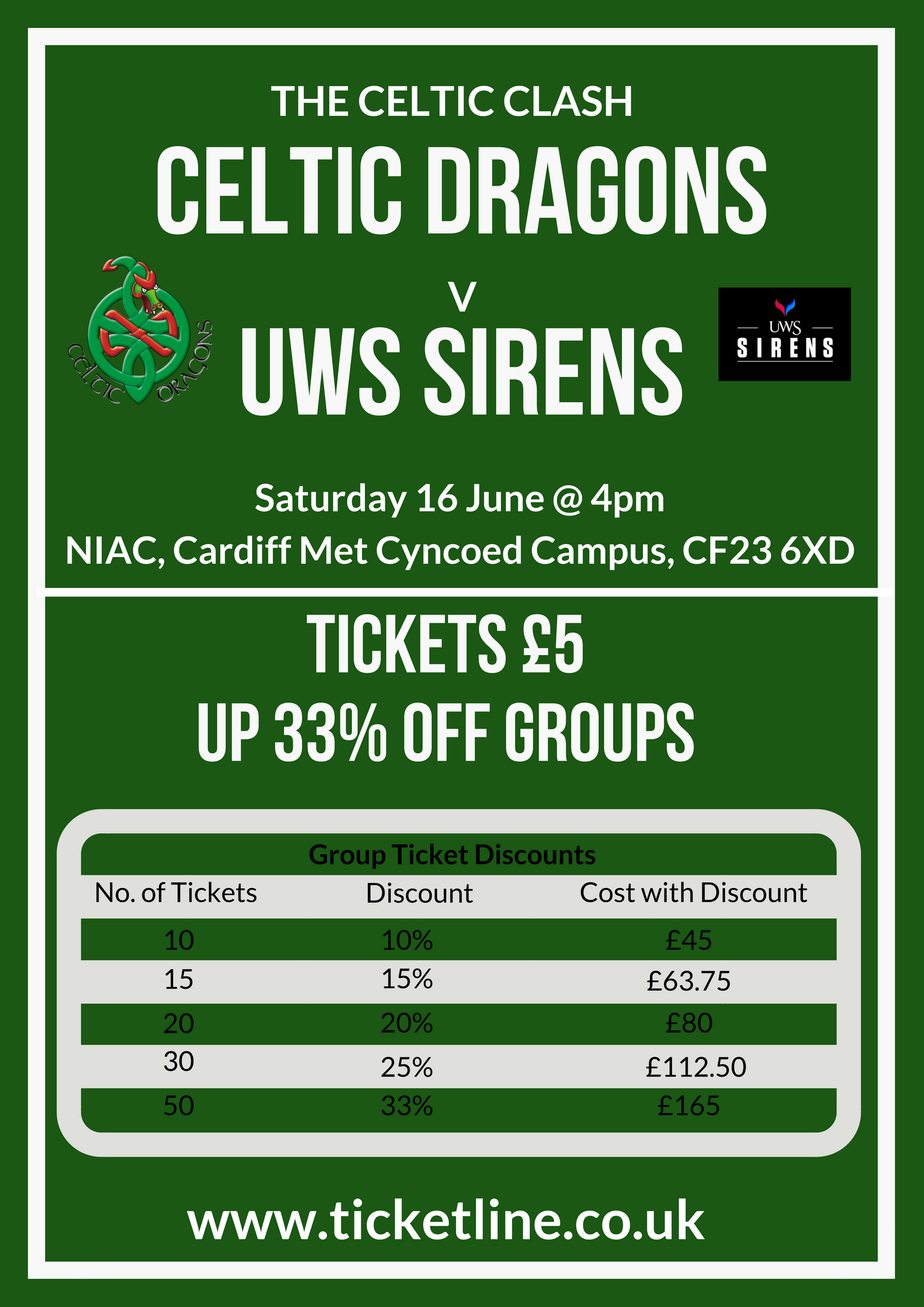